Networking Advice for the Next Generation 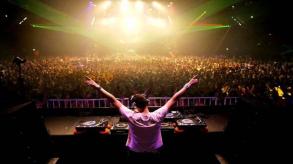 I spoke to a group of university students studying public relations last week. The students all had an interest in entertainment, special events and sports so the journalism school offered a panel of guest speakers to discuss these types of careers. The program started with a moderator asking questions and then we finished with a question and answer session.

I enjoyed participating in the panel. The students had great questions and were very engaged. During the question and answer session one student asked about networking. He is a DJ that specializes in a very specific type of music. I could tell he was passionate about his work. He said he was occasionally in situations where he was building relationships with contacts at parties, but often the next day he would regret what he did or said because he had been drinking. This young man’s situation is not rare, especially in the service and entertainment industry. These things are bound to happen unless you take extra precautions and know your limits.

This was the networking advice I gave him…

Do whatever you can to protect your reputation. Then I went on and explained how when I was growing up my mother told me I had a midnight curfew because nothing good happens after midnight. I could see his eyes about to burst out of his head at the thought of a midnight curfew, so I recommended he give himself a curfew around 2:00 a.m., which isn’t bad in this 24-hour town. He is a DJ so it is important for him to be out networking, but it is also important for him to leave before all the drama goes down and people start acting crazy. If people perceive you to be a partier that has too much fun, they won’t perceive you to be a smart expert in your field. Perception becomes reality. People fail to realize how important reputations are to being successful.

There is so many fake people in the world today, it is exacerbated and encouraged by social media and reality television. People can tell if you aren’t genuine. There is a certain sixth sense that most people have that allows them to tell when someone is fake. If you want to build good working relationships and your network you need to keep it real. This doesn’t mean you should over share, it just means you need to be authentic so people will get to know the real you. People like helping and doing business with people they know and trust.

Don’t just network at parties and industry events. Every person you meet has something to add to your life. It is important to have a broad network with people from many different fields. Grow your network to include people with different backgrounds, ages, races, religion, political views, special interests and hobbies. You wouldn’t believe how many opportunities I’ve had because a friend mentioned me to a business acquaintance, friend or family member. I recommend joining clubs and pursuing hobbies that will introduce you to people from different circles. Life Lesson: Don’t just make friends at “da club.”

These are just a few words of wisdom shared with the journalism students. I appreciated the student asking such a direct question about networking. One piece of advice that I wish I would have hit harder is to keep an open mind while developing your network. Keeping an open mind and meeting different people in different situations will introduce you to new possibilities you never dreamed of, and will help you grow as a professional. This is a life lesson that once learned can really make a difference.

Looking to improve your networking skills?
Check out this article from Inc.Com.
7 Networking Tips for Introverts, Extroverts, and the Socially Awkward

Know any young people that could use this advice?  Please share this post with them by using the handy social media buttons below.

Making Lemonade out of Smoke

Every summer smoke from California wildfires causes hazy conditions in Reno. The smoke reduces visibility and has a serious impact on Northern Nevada’s air quality. This is a common problem during the summer months when wildfires are most prevalent. The smoke rolled in this weekend and it put a damper on the Reno Balloon Races special event on Sunday. This reminded me of the 2013 Best in the West Nugget Rib Cook-Off when the whole valley was covered in smoke and there was little visibility because of the poor air quality. We were afraid it would wreck our event, but we made it through and learned these valuable lessons.

1. Pay Attention
Looking back at the 2013 event I wish I had watched the weather patterns closer and paid more attention to the news about the wildfires. We took a lets pray and see how it goes attitude. In hindsight I wish we would have paid more attention leading up to the event and been more proactive, especially with our communication with the public about event contingency plans and how we planned on continuing even if the smoke hurt air quality in Reno.

2. Over Communicate
The news didn’t do us any favors, that is for sure! During the event local news kept telling viewers to stay inside and avoid smoke. They didn’t have one expert on to scientifically discuss how the smoke would affect viewers, they just said stay inside, don’t go outside. Period. Then it got worse. The news in Sacramento and the San Francisco Bay area started announcing the Rib Cook-Off was canceled due to the smoke and the fires. This was not true. We had hotel guests calling upset we canceled the event and received several nasty emails. As soon as we calmed the guests down we started reaching out to the media to let them know the event wasn’t canceled and that we wouldn’t cancel the event no matter what happened with the smoke and the weather. It was very challenging to get them to run corrections and share the correct information. In hindsight we should have been more proactive and sent out several press releases right away and increased our social media activity to let everyone know the event was going on as planned.

3. Make Lemonade
The first day of Rib Cook-Off 2013 our beverage sales were up 12%. I’m not sure if it was because the smoke made people want to drink more, or if attendance was up in general that day but we used this information to make lemonade out of lemons. We knew we needed some positive press to encourage people to attend the event in the smoky conditions. We looked at the event financial results after the first night (as we always do) and we realized they were great! We sent a press release announcing our record sales and that was newsworthy. Right away our local media gave the event positive coverage and shared the economic impact the event has on the community. Our community takes pride in special events and their great economic indicators. We make lemonade out of lemons, and so does the whole community.

4. Keep up the Good Fight
One of the biggest lessons I learned from this was don’t give up. When the media is out there with bad information you need to keep fighting to get the accurate information out there. Half of the event attendees come from California, that is a few hundred thousand visits to the event. We needed to fight to get the information out there that no matter what happened with the smoke from the wildfires the Best in the West Nugget Rib Cook-Off would still be there for our attendees. Our team did a great job fighting to get accurate information to California media outlets. Our fearless PR Manager, Lauren Garber, wouldn’t give up until she got through, she kept fighting because it was the right thing to do.

5. Adapt
When you plan special events things will happen that are outside your control. Mother Nature loves to torment event planners. It is important to adapt to whatever is thrown at you when you are an event planning professional. It isn’t always pleasant, but you need to look at the threats that might hurt your event and find ways to adapt and work around the threats. A good event planner can adjust so quickly and gracefully that most guests won’t even realize there was a problem.

I learned many valuable lessons during the 2013 Best in the West Nugget Rib Cook-Off. Even though at the time it was extremely challenging, I’m grateful for the lessons I learned and hopefully this will help other event planners think about these types of challenges and adapt quickly. Wildfire smoke and other natural events are out of your control, but you can control the way you respond and adapt.

Looking Back at the Rib Cook-Off – Sparks Tribune Article

Communication – It Isn’t About You!

There is no style better than another, they are just different. Since learning about these communication styles I have changed some of my communication techniques. I took a test to determine my style. At the end of this post are links to two different quizzes to help you determine your style. There are dozens of quizzes online to help you determine your style. The two highest scores I received were 76% expressive and 64% driver. I wasn’t surprised by the results because as the instructor explained the characteristics in class I knew I was either an expressive or a driver.

I’m using this information as I plan special events and when I develop marketing plans. Now I’m analyzing my business contacts, my coworkers, and my customers based on their communication styles. My boss is a driver so I’m trying to be more direct with him, less small-talk, and always be on time or a few minutes early. I think it has helped us communicate better. One of my coworkers is amiable so I make sure to be extra warm and friendly to them, and realize that they appreciate small talk and genuinely getting to know their coworkers. Once I started adapting to their communication styles, I started developing better working relationships.

It isn’t hard to adapt to this mindset, it just takes practice. The first step should be determining your communication style. Then learn the characteristics for all four styles. Once you know the basics you will start to see signs on how to communicate more effectively. You can see signs everywhere! I’ve noticed them in emails, body language, choice of clothing, office decorations, listening skills, in the way people handle change, and risk management. There have been studies that show some people with certain styles tend to drive a certain type of vehicle or buy a certain color of car. I’m not that much of an expert so I won’t go that far, but if you do a quick Google search you can find several lists of these characteristics.

So what is your communication style? Take one of these free non-scientific quizzes online and find out!

Want to read more? Check out this blog: Keep Yourself Relevant